Washington, DC – The United States listed a few explanatory points for offering military support to Azerbaijan as a conflict between it and Armenia is still hot and brewing. The Biden administration recently declared Turkish massacre of Armenians more than a century ago as “Armenian Genocide.”

Responding to a question on the presidential waiver on the ban on military aid to Azerbaijan from IAT (Tejinder Singh) at the Pentagon briefing, Marine Corps Lieutenant Colonel Anton T. Semelroth, DoD Spokesman said in a delayed email reply, “We review thoroughly any potential assistance to Azerbaijan to ensure it will not undermine or hamper ongoing efforts to negotiate a peaceful settlement between Armenia and Azerbaijan and will not be used for offensive purposes against Armenia.”

“Our non-lethal security assistance to Azerbaijan is in the US national security interests, and helps enable Azerbaijan to secure its southern and maritime borders to reduce the threat of terrorists, WMD, and other illicit trafficking.”

Citing examples to support the US decision, the DOD Spokesman added, “For example, just recently the x-ray scanners we provided were used to identify a large shipment of heroin at the Iranian border.”

Within 100 days of being sworn-in as the US President, Joe Biden became the first US president to issue a statement formally describing the 1915 massacre of Armenians as a genocide.

The killings took place in the days of the Ottoman Empire, the forerunner of modern-day Turkey. But the issue is highly sensitive, and previous US administrations have not used the term genocide in formal statements amid concerns over damaging relations with Turkey, a NATO ally.

Bit within two weeks of formally recognizing the Armenian Genocide, President Joe Biden gave a waiver to give American taxpayers money to Azerbaijan.

Nearly a year ago Azerbaijan reignited sanguinary hostilities with Armenia on the Nagorno-Karabakh issue, resulting in thousands of deaths.

Within weeks, a Russian-French-American ceasefire brought open hostilities to a smoldering peace but Azerbaijan had already gained control of a sizable area from Armenia.

The FREEDOM Support Act, enacted in 1992 bars foreign aid from Azerbaijan, crafted amid the first Nagorno-Karabakh War following the collapse of the Soviet Union.

In 2002 Congress gave the American President power to waive that ban on foreign aid to Azerbaijan.

During the campaign trail, Candidate Biden had openly criticized then incumbent president Donald Trump for waiving the ban and now President Biden himself has done exactly the same, thus adding more to millions of American taxpayers dollars siphoned off to an aggressor country against Armenia.

Political pundits and those watching the region raise issues about the Azerbaijan, Turkey and Pakistan nexus in the volatile area.

Tejinder Singh was a veteran journalist who worked in Europe, India and the United States. He was the Founder and Editor of India America Today. 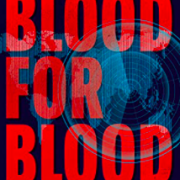 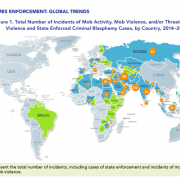 MQM USA Protests Against Continued Oppression of Mohajirs in Pakistan 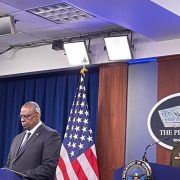